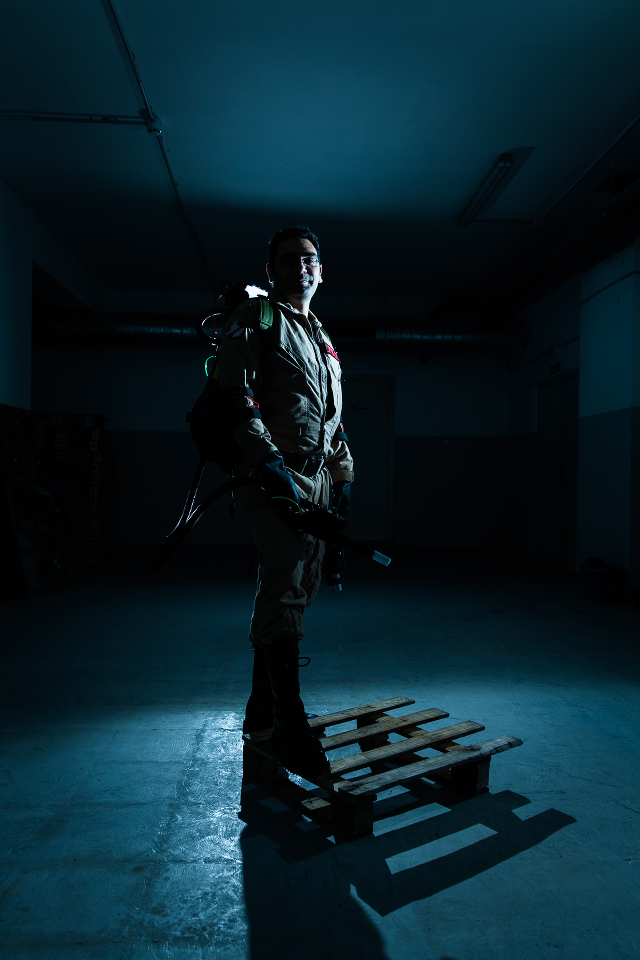 My favorite game on MSX, head over heel, others I like arkanoid, highway encounter, desolator, ..

The first msx and first computer that I played was a spectravideo in 6º of EGB, probably towards 1986. As anecdote to emphasize that it was in the school (Modeclar), where they had of an “advanced” computer classroom, endowed with a lot of computers spectravideo Connected to a CP / M storage system. The fact is that the computers had to be for the courses of FP, but they took us to the classroom to introduce us in the world of the computer science. Up to here, all great, if it was not for some of the stupid ones who took a key from one of the computers, and that’s where the computer class for the 6th grade EGB people came from.

After a while I got my first computer, a Sony HB-20p, and after giving the can they bought me the “lingote pack”; Batman, Head Over Heels, Gauntlet, Survivor, Colt 36, Uchi-mata, Arkanoid, Spirits, Winter Games, Donkey Kong.

As an anecdote of that pack, if I do not tell it burst, one of the first games I loaded was arkanoid, but something curious happened, it seems that the game got corrupted during loading, and when I started to play everything correct, but when hitting the bricks Hard (those that you have to give 2 times), nothing happened, even if I gave 20 times, which made it impossible for me to go on screen, I did not know anything, so I did not understand the purpose of the game … some Martians were leaving, But did not go on screen …. In the end I got bored. Days later I tried again and then it worked ….

From there I got addicted to head over heels, the game that I would say more hours I dedicated .., with the Hitbit came a manual where they explain the msx-basic, so there I started, I guess like many, to program.

In my case, I did not go over the cassette tape …. The enviable disk drive of cpc 6128 was all a referent … (my cousin’s computer), so the MSX was part of my story until a PC came into the house …

I recently did not get very well because, I felt the call of the MSX (of my H -20p not, since MSX is not the one I like the most ..), it’s a curious thing, the illusion that can get you back to Ignite an MSX so many years later (30 or more). I wanted to learn about the MSX, so I bought a Tohsiba HX-10, to repair it, I finally restored it and again I encountered the same problem, how to load games and be able to enjoy “the moment” ….

So I started my search … along the way I decided to experiment with the fast cassette loads, since 30 years ago the hitbit manual (if I remember correctly) already indicated that the loading speed could be specified at 2400 baud instead of 1200 I’m going to be able to use it in the HX-10 to x3 (using audacity). Then I discovered OTLA, there already flipé …. Load games in 25 seconds … !!! Oh my God!!! Where were you 30 years ago !!! 😉

I went ahead and I started to clone “cartridges” … believing it would be sewing and singing, it worked halfway … 16, 32k and nothing else. Then looking around I found the project “Coding laboratory” http://codinglab.blogspot.com.es/2013/01/virtual-msx-disk-drive.html

This project uses an arduino with some extra electronics to simulate an MSX-DOS 1 disk drive, with the particularity that is supported in a PC as “medium” of storage, communicating by serial port. I tried to copy and improve the invention, but I failed, I worked incomplete, but now that I think of it, I tried to load the highway encounter on disk, and in toshiba I have never worked …

Again browsing I found a chip to use usb storage units since arduino, and thanks to that I present today this project. The CH376s, is all I needed, well, the examples of Raul, Arjen Zeilemaker (in source forge), also Pasmo by Julian Albo (z80 cross-stitch assembler).

Returning to the CH376s, a chip designed to interact with microcontrollers and 8-bit processors, it can manage FAT partitions with high level commands, connect disk, mount partition, open file …. If you have read open file well. Here is when I lit the light bulb, I could develop a MSX drive for USB based image files .DSK ??? !!!!!! Yes! I thought it was a pretty good idea, so I asked for several units of the chip, and I started testing with Arduino !! ???? If, since the documentation of the CH376S did not give much information on how to use it on a parallel 8-bit bus … I thought the best thing was to simulate the bus from arduino, and so I did, it cost a little but in the end it came out. One of the very interesting advantages of this chip is that it is connected to the data bus directly, the only additional circuitry that is needed is an address comparator to activate the device, so for the initial assembly it suffices with an eprom, a ch376s and An address comparator …. Flipante

So here I am, hanging out trying to make all this gibberish work, which I now call Rookie drive